Despite the bugs, this was one hell of an experience!

I played the game on PC, albeit console users reporting minor and massive issues and bugs that diminished their experiences, the majority of my playthrough had very few issues. I had some minor issues that I could either live without or a simple reload fixed them for me.

There were no game breaking or loss of progress issues that I have experienced. I am quite sure CDPR will continue to patch and improve Cyberpunk as time goes on.

The game handles pretty well. V’s movements are quite smooth and responsive. I like how you can seemingly just run towards a wall or any climbable object and the entire animation makes it seem and feel like a smooth effortless climb or scale.

There is a span of these little things that they invested in Cyberpunk and as you know it is the little things that matter. Weapon handling is another very remarkable aspect to view. As you switch from weapon to weapon, loading a bullet, or reloading the weapon. There are so many unique animations to bring these actions to life in a realistic manner which is really impressive, especially considering that this is an open-world RPG game. Vehicle handling isn’t that bad either. There are a variety of cars, vans, bikes and other vehicle types to make use of. They each have their own unique handling, top speeds, and feel to them.

Combat is just as fluid and rather fun each time. I have thoroughly tested this out with melee using a katana, or going at it with my trusty silent pistol. When things got hairy there was a variety of larger calibre weapons to make use of such as a shotgun, sniper rifle, assault rifle, and more… There are a variety of gun variants for each type. The game also incorporated its futuristic aesthetic to the weapons giving us smart weapons which changes the entire scope of combat…

The stealth mechanics are really on par here. If you’re patient and good at it, you clear entire missions stealthy if the option is there. Some additional features that go with the futuristic aesthetic here are scanning and hacking. You can scan pretty much everyone and everything electronic. Hacking opens up a whole new bag of goodies. Hack cameras and take control of them, shut off turrets or take control of them. Cripple enemy cybernetics or execute lethal commands that kills them. One of the most unique things I have experienced is depending on how you tackle combat you don’t kill your enemies, you incapacitate them. This might seem trivial. But given in most action games we go about slaying thousands of bad guys during the course of the game, here you get to keep that kill count down if you so wish.

What price would you pay to become a legend…?

You are V and your goal is to be remembered, to become a Legend! As a mercenary outlaw, you build that legend, one job at a time… It isn’t long until you land the job of all jobs, and as shortly thereafter… All hell breaks loose and your new goal is to not die and that is where your story truly begins…

The campaign has three main stories, with each one tying to a specific goal, such as becoming said legend, whilst the other two focus on their own unique aspects. Night City is massive and you are free to roam and explore as you wish. There are fixers all over the place ready to hand you work as you build up your street cred.

There are dozens of side jobs and other activities you can partake in. You can take down gang members who are busy committing crimes, doing these will reward you with XP and some cash.

What I like about the way they set up the majority of these side quests is that they hardly feel repetitive and boring. They are simple and easy to get to and get done, and in turn, you get some street cred, some cash, and xp. A win-win for any RPG.

Beyond gorgeous… Words do not do this game justice! Whether it’s the finish on your leather jacket or the detail on your bike … Maybe the apartment you visited or that food cart… There is so much attention to detail, clarity, and realistic visuals that you can’t help but be amazed at this visual marvel!

Aside from some bugs that broke the visual appearances of some structures and buildings I cannot name a single aspect of this game that does not look absolutely gorgeous! The weather and day and night cycle truly make this game an unforgettable experience.

Character models are jaw droppingly gorgeous! From facial expressions to appearances. They got all the small things right, and they blended it perfectly with the cyberpunk theme. Cybernetics looks pleasant and over the top where needed. As they say, once you go chrome there is no going back… They got the mixture perfect here and it looks great!

The theme and colours of the game are amazing, the game feels so vibrant and welcoming, and the close-up attention to detail makes everything so much better and more pretty to look at.

The game has so much wonder and beauty in it, you will lose yourself in amongst all of it.

We knew from the start that Cyberpunk was going to tax our PC’s and it surely delivered! However, it has a span of settings that we can tweak to ensure it runs smoothly on our machine.

Cyberpunk 2077 won’t be Cyberpunk 2077 without the music and sounds. They are real game changers here. They bring this beautiful world and city and its people to life!

More so are the vehicles here, with a variety to choose from there are a variety of options to go with and every single one of them does not only look unique but sounds unique… Take things off-road or speed down the highway in your bike, the sound of that engine will take your breath away!

Then there is the soundtrack which is beyond amazing! Every tune fits in perfectly with the game and totally enhances the experience. Last but not least are the voice over artists who did an absolute marvel of a job. Their scripts were great and they did a perfect job of bringing their characters to life with their great voice work.

Cyberpunk 2077 will only get its multiplayer in 2021, but that does not mean the game has no replay value. There are multiple endings and three different origin stories to start from. This alone gives you three opportunities to play and replay this marvel.

The multiple and secret endings all have their own unique requirements to achieve so that will keep you busy and entertained for sure. Then there are all the unique side quests and collectable iconic gear you can go in search of.

Cyberpunk has been off to a rocky start for some, more so for others. I must admit that I am one of the ones that didn’t have any big issues with the game. I was able to start and finish my playthrough and tour of Night City.

The game is great, the world is an absolute marvel to play in and experience. The sheer size and beauty of this game world is a marvel in itself! There is so much to see, to do, and partake in that you can’t help but lose yourself in everything that this game has to offer.

The main missions are captivating, intriguing and one fun experience after the other. The additional activities are just the right amount and just as you feel yourself getting bored with some, they come to an end, which is another feat in itself.

The levelling system is pretty self-explanatory, as you level you get skill points. There are 5 Skill Trees that you can invest skill points into, each of these having two or three trees of their own that use attribute points. These sub trees are all based on the type of build you wish to play as. Stealth Katana wielding assassin, or a Netrunner who hacks their way through everything… There are several build options and thus far they have been properly put together to offer you the time of your life!

Besides all the bugs and other issues that the game has, there are a few other things that I found lacking. The fact that we can’t alter our character’s appearances is a real bummer here. We have this massive list of options to fully customize our character, yet the option to maybe get a different haircut or piercing isn’t available… The same can easily be said for the cars. They have such incredible detail to them that it is out of this world. But having the option to actually modify or alter them with a paint job would do so much more for this game.

As great as the story lines and quests are, I feel that there is too much linear content and outcomes present. For a game with so much personality and potential, this definitely needs tweaking.

It might not seem like it, but this can easily be one of the greatest games ever, once they have fixed all the bugs and issues. This game has so much to offer and it is not going anywhere anytime soon.

The Official trailer for Cyberpunk 2077. 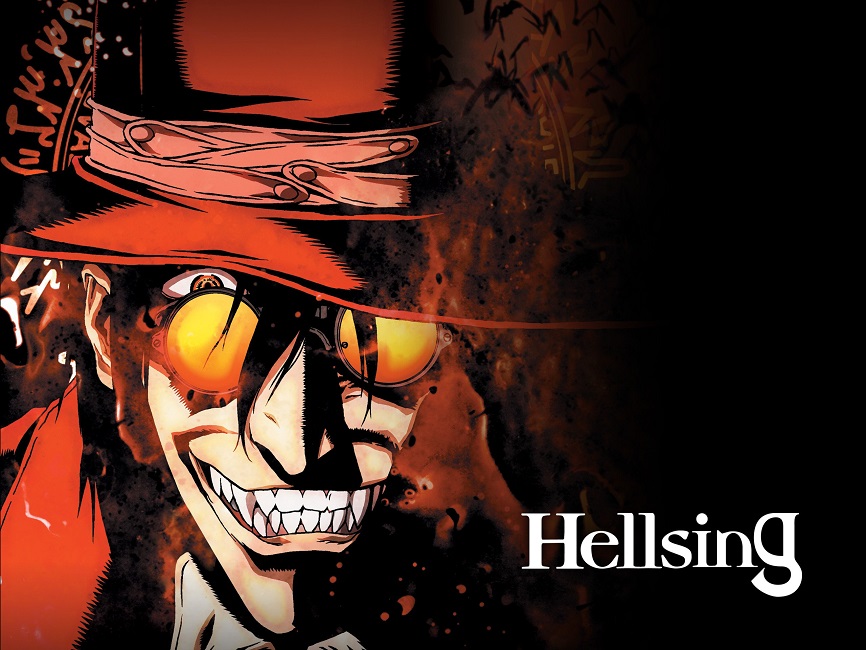 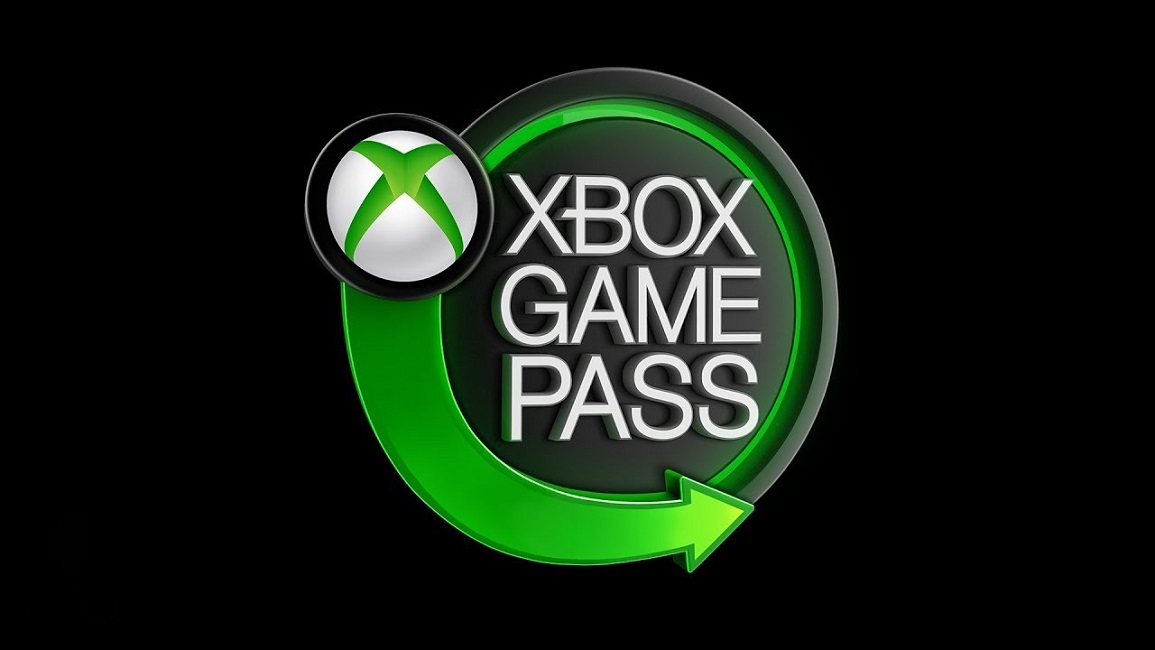