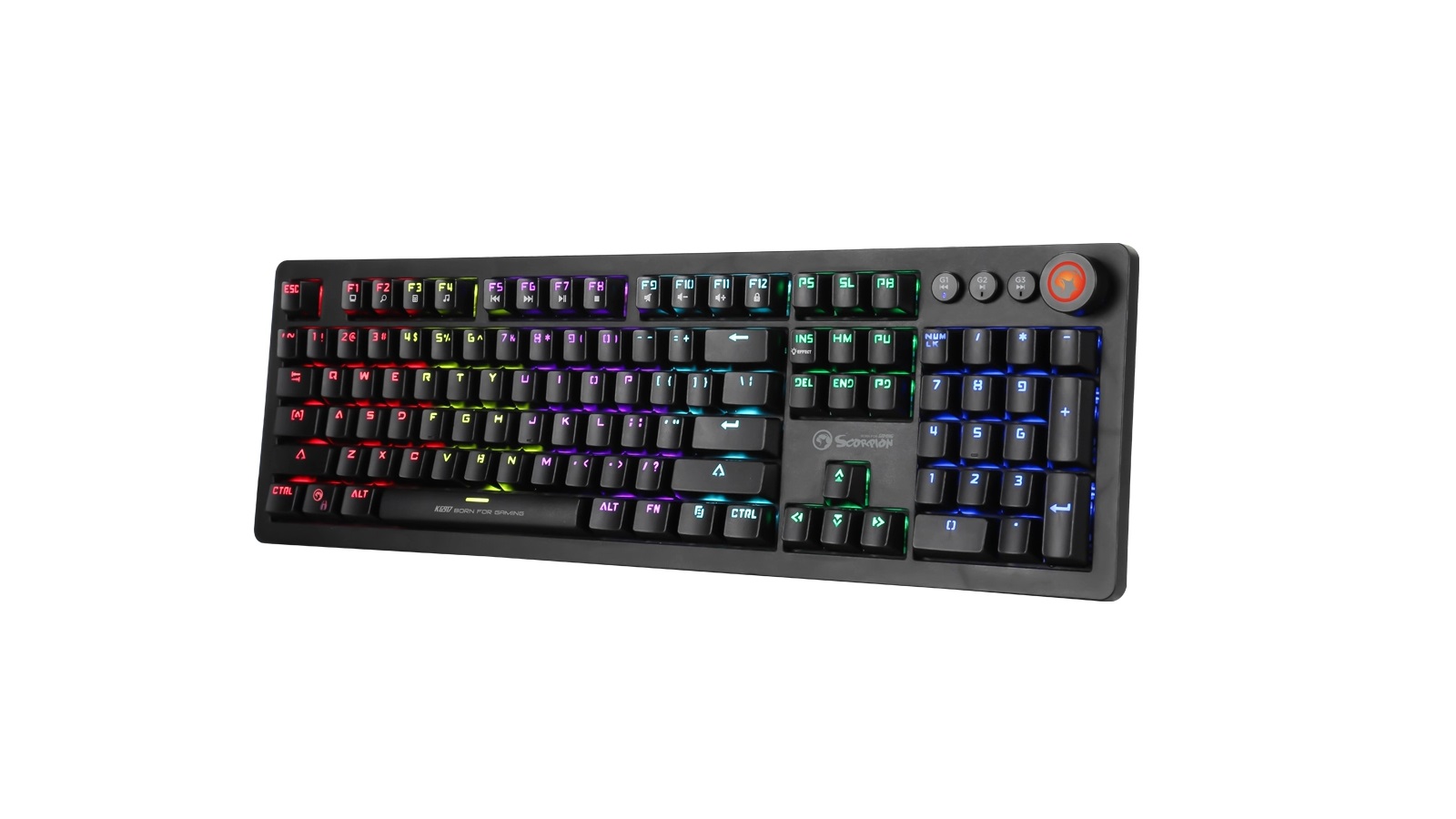 This one was a little underwhelming.

What’s in the box:

Numerous keys received special icons custom to Gaming such as the G key for grenades, and the L shift for sprinting. The 1,2 and 3 buttons are at the top weapon icons to represent weapon swap.  These add-ons are rather visually appealing and something we don’t see much of these days.

Like a lot of the Marvo products, it’s rainbow back-lit and not RGB, meaning you cannot physically change the colour on the keyboard.

Where it’s red it will always be red. The same goes for the other colours such as blue and purple.  You can however change the colour effects from steady to breathing and so forth.

The brightness can also be adjusted and the lights can be set to be on only certain keys However, compared to other keyboards in the same price range, the lighting on this one has very few customizing options.

For some reason, they decided against an armrest for the keyboard. Whether it was to keep the cost down or not, an armrest is always a plus for keyboards. The keyboard does have the option to tilt and lift it with the clips attached to the keyboard.

Without these using the keyboard flat would be very uncomfortable and requires you to sit up very straight. Something most of us do not do.  The buttons are very comfortable to work with enough spacing between them for larger fingers.

In terms of the printing on the keycaps. They received a special double-shot injection during the molding process. This means that the colour and print on the key cap won’t fade and last much longer.

The keys are very responsive and clicky everything a mechanical keyboard should be. They feel rather sturdy and well made.

As advertised they claim they will last a lifetime with a proven test of 50 million keystrokes.  However, as for the switches themselves, they went with a very poor quality switch that has been proven to be a very poor clone of the MX Cherry Blue.

The Jixian Blue has proven to be higher pitched, and a lot less tactile than what one should expect from Blue switches.

That annoying rattling effect that the Jixian Blue is known for is also present here. The frame of the keyboard has a very plastic feel to it. If taken care of it will last but some reinforcement would have been better.

Anti-ghosting is always a nice feature to have, that extra allows you to press multiple keys without issues. However, within the first few hours of testing the keyboard out, I found this to not be completely accurate.  In several instances, I found that the keyboard locks up, especially during the macro testing stage.

This was a self-purchase item so verifying whether it was a factory flaw was not possible at the time.  Speaking of the macros, something a lot of Gamers don’t use. No need for it, or the setup is usually complicated and the same can be said for this one.

It has dedicated media keys but does not work by themselves, they pretty much just change the colour scheme on the keyboard unless you go and tweak their settings.

The software for the keyboard can be downloaded from the Marvo website. The software itself is very simplistic allowing you to customize up to three profiles. It also allows you to individually customize keys according to your preference.

In all honesty, this is a budget keyboard for when you just don’t have that extra cash.  However, I’ve worked on better keyboards that offered more in the same price range than this one. There’s even been one or two that was slightly cheaper than this one.

Taking a few minutes and browsing around, you are sure to find something better in the same price range.  They opted for a budget build by using subpar quality products. 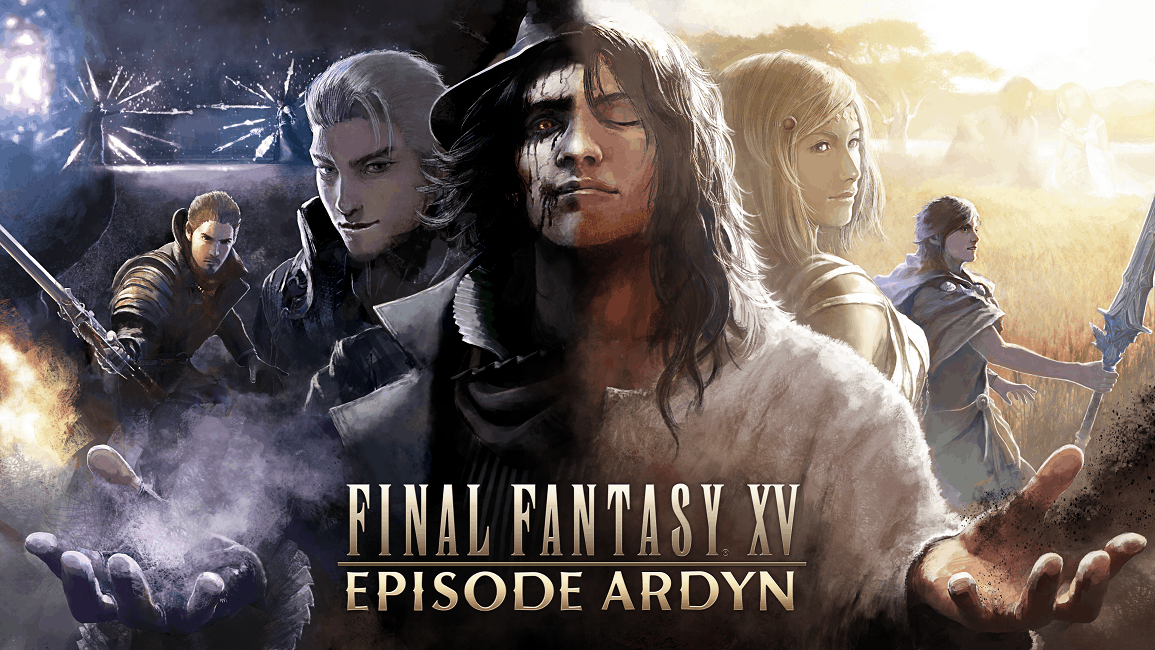 Dungeons 2 – A Chance Of Dragons Review